But, here goes nothing.

During my first year in New York, I had the privilege of working alongside Arnold Mungioli as an intern and then a Casting Assistant at Mungioli Theatricals. I cannot even begin to explain how much I learned about the business and about being an artist during my time there. Each casting session was like a masterclass in audition etiquette, and every day in the office gave me insight into the business world of this industry. I collected a handful of really wonderful stories, but there are a few I will never ever forget.

We were working with Bill T Jones and his creative team to cast the second national tour of FELA! For those of you who don't know, FELA! is the story of Fela Kuti, the father of AfroBeat music. And for those of you who don't know what AfroBeat is, according to Knitting Factory Records, "Fela contended that AfroBeat was a modern form of danceable, African classical music with an urgent message for the planet’s denizens. Created out of a cross-breeding of Funk, Jazz, Salsa and Calypso with Juju, Highlife and African percussive patterns, it was to him a political weapon."
The musical is a fast paced, heart pounding, eye-opening show that relies heavily on dance and music to tell the story of Fela and his followers. For auditions, in addition to agent appointments, EPA’s, and larger offer negotiations, we scheduled and advertised a dance call. The breakdown specified that we were looking for African American men an women with experience in African and Modern dance. I spent weeks contacting every dance studio in the tri-state area and posting the audition information on every website I could find. We were trying to reach a very specific type of performer, and we wanted the creative team to be pleased with the turnout.

The audition was listed as an ECC (Equity Chorus Call), meaning that members of the actor’s union would be seen first, and if there was time, we would see individuals who aren’t affiliated with a union. For Equity auditions, Actor’s Equity provides an Equity Monitor, or someone to keep everyone organized in the holding room. If all equity members have been seen, the monitor isn’t required to stay for the rest of the call.

I was sitting in the audition room with the creative team when our assigned equity monitor came in to give us the plan for the morning. She had two groups of equity dancers lined up, and asked if I would be willing to monitor after that. I agreed quickly, having monitored many times, and thinking that it would be a slow trickle of dancers in and out through the morning. I was worried that we were only going to see a few groups of dancers and that I had failed miserably in my attempts to advertise the audition. After the equity groups were seen, I went into the hallway to organize the few non-equity girls that I assumed were waiting outside.  As I walked into the holding room, I was swarmed by more than two hundred gorgeous ethnic women with face paint and African headdresses. TWO HUNDRED dancers.

I picked up the unofficial list and began reading names like Ade Chike, Ndeye, Malaiyka, Rasaan, and Uyouata.  I could just fell them laughing at me as I tried to pronounce the names on the paper I was holding. I was corrected many, many times. It didn't help much.

We survived. The dancers were all seen that day, and we ended up with a fabulous cast. I am very fortunate to have grown up in a home that promoted cultural awareness, but my eyes were opened that day to a world of deeply rooted, passionate, artistic expression. I saw so much pride in heritage and tradition, and the whole experience felt less like an audition than communal dance party. The creative team was thrilled with the turnout, and even though I had to apologize countless times for botching names, everyone seemed satisfied at the end of the day… except maybe the studio workers… we took up a lot of space… Two Hundred dancers all trying to stretch at the same time can be a little overwhelming – especially when you add tribal facepaint. 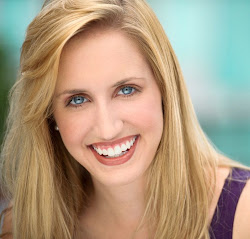